A 1970s pendant by andrew grima...now where have i seen it before? 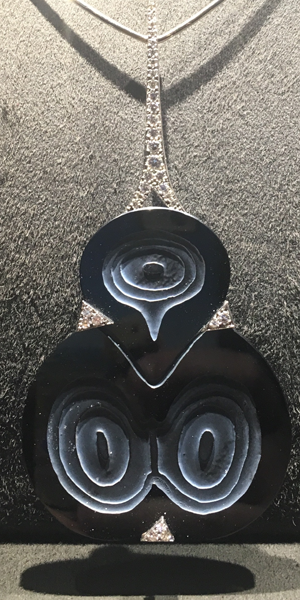 The photograph shows an example of a 1970s 'Sticks and Stones' pendant that Grima Jewellery were exhibiting at the Masterpiece art fair earlier this summer. 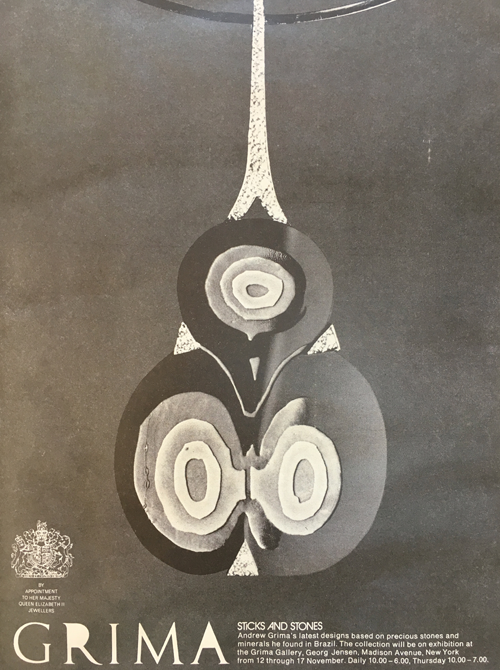 I knew I'd seen it before...and here is where I recognised it from. I collect vintage jewellery adverts, and this one is from The New Yorker Magazine, published 12 November 1973. Not only is the advert itself fascinating in that it mentions Andrew Grima having travelled to Brazil to source gemstones for his jewels, but in addition the back of the advert gives an insight into 1970s nightlife in New York. It lists the 'Goings On About Town' and mentions Bruce Springsteen 'a country singer from The Jersey Shore' playing at Max's, 213 Park Ave S. Max's is described as 'more humid than the jungles of Borneo and more crowded than the Sistine Chapel' whilst over at 211 E 55th St, Woody Allen plays Dixieland.

Undoubtedly there is enormous interest in the jewellery of the 1960s and 1970s and Grima epitomises that era with innovative metal work and adventurous stone choices.

Gemstones | Jewellery | Travel
Back to blog