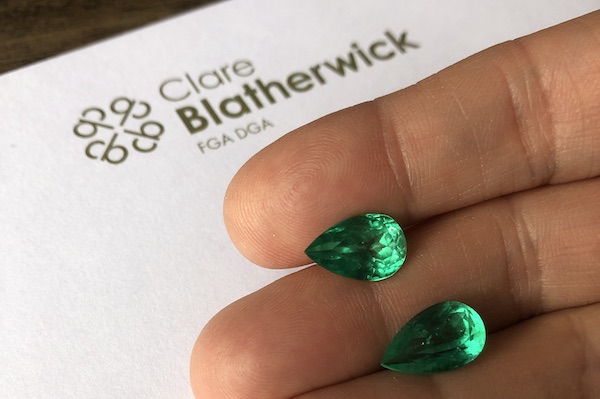 Did you know that emerald is the only gemstone with a cut named after it? The emerald-cut was designed to maximise the colour of the stone whilst also protecting the corners of the emerald against damage.

Emerald is part of the beryl family which also counts aquamarine and morganite amongst its members.

The ancient Egyptians believed emeralds to be symbolic of life and fertility.

Emeralds are found in several countries including Columbia, Zambia, Brazil and Zimbabwe.

The natural features commonly found in emerald is referred to as the ‘jardin’. 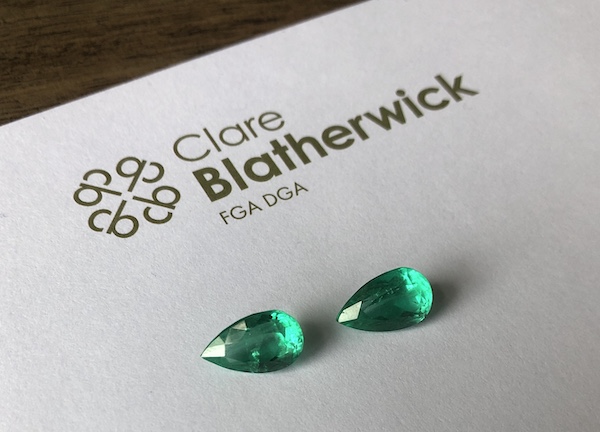 It is quite a brittle stone and should be worn with care – no rock climbing in an emerald ring!

Some famous emeralds include the Hooker emerald which weighs in at 75.47cts and the 34.40cts Stotesbury emerald which was once part of the collection of Evalyn Walsh McLean who also owned the Hope Diamond. Other emeralds of note are those set in the Topkapi Palace dagger and those set by Cartier in jewels owned by Marjorie Merriwether Post now on display at The Smithsonian Insitution in Washington D.C.

Gemstones | News
Back to blog

"I wanted a special pearl necklace for my wife to celebrate our 30th wedding anniversary but knew very little about pearls. I was given Clare’s name as an expert and duly contacted her. Not only is she hugely knowledgeable but gave extremely good advice and grasped instantly what I and my wife wanted. She found exactly the right piece (a natural pearl necklace) and then ensured it was a correct fit. She had the knowledge and contacts to have it superbly restrung. In addition Clare is an extremely nice person who goes to great trouble and it is a pleasure to deal with her."

"Clare Blatherwick was an absolute pleasure to deal with, she made me feel at ease immediately.  Clare is very professional and really goes the extra mile.  It was a tricky design brief as there were diamonds from different pieces of jewellery, which were very precious to me, that I was looking to have made into a new ring and necklace.  Clare has an incredible knowledge and passion for jewellery and I enjoyed working with her to come up with the perfect designs. I am absolutely delighted with my new ring and necklace, they are exactly what I asked for and I wouldn’t hesitate to recommend her."